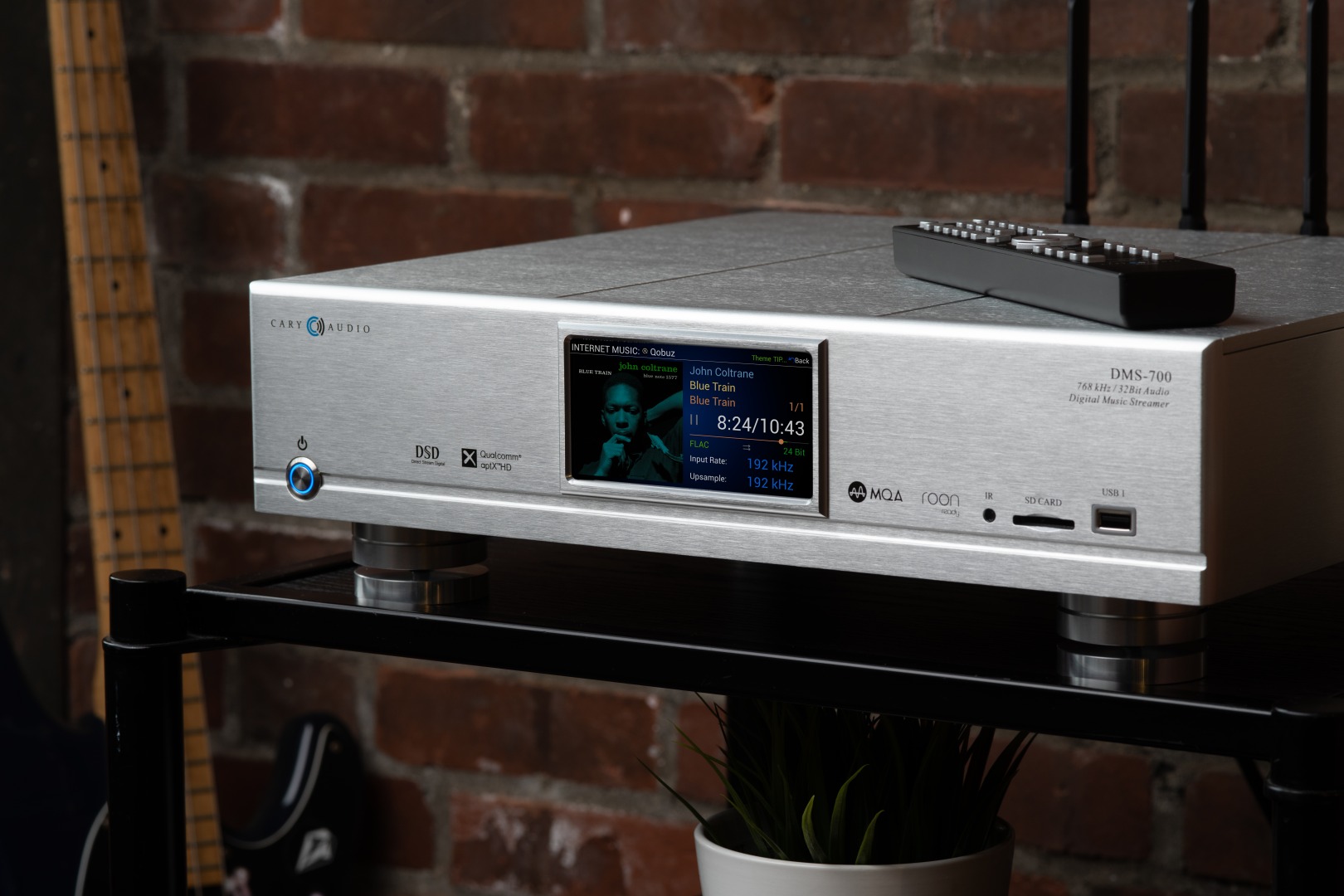 Welcome to the Family

The DMS family is growing, and we couldn’t be prouder!  The addition of the New DMS-650 and DMS-800PV makes for fitting bookends to the DMS-700.  While the new DMS-800 Professional Version builds upon the remarkable DMS-700 to further immerse you into the musical experience, the new DMS-650 ups the ante in our DMS entry point.

With the introduction of the new DMS-650 as our entry model, you may be asking yourself why the nomenclature isn’t DMS “500” something in keeping with the “500” series.  Well, its quite simply a matter of performance.  While DMS-550, used AKM4493EQ DACs (an upgrade from the 4490EQ DACs used in the DMS-500), the new DMS-650 uses AKM 4497EQ DACs, the same as our previous flagship, the DMS-600.  With that and other enhancements to the circuity, the DMS-650 handily outperforms the previous benchmark in that of the DMS-600 and nips at the heels of the renown DMS-700, hence the DMS-650 name.  Considering only a minor price increase to the DMS-550, the DMS-650 is a sonic bargain.

The DMS-800PV is little different story.  At the performance level of the DMS-700, “Improving” upon it really becomes more a matter of making it sound different vs. better.  Sure, we could have changed voicing or presentation of the DMS-800PV to make it sound “different”, but that wouldn’t have made it better, just different.  So, we took what was already phenomenal in the DMS-700 and created a music experience that takes you deeper into what the DMS-700 could be.  We did this by creating a dual mono version of a DMS-700, using completely separate digital and analog boards per right and left channel, each with its own AMK4499EQ DAC, separate and multistage power supplies per channel, and separate DSPs per channel.  All this and more allows the listener, especially a DMS-700 user, to experience something familiar, yet much more expressive and layered.  Sometimes, audio is best described in pictures.  Imagine snorkeling in tropical coral reef, complete with colorful fish, coral, and sun rays refracting in the clear aqua water.  It’s pretty spectacular!  Now, imagine plunging below the surface in scuba tank, looking at all the very same coral reef, fish, and sun rays.  Now you are immersed in it.  You are actually experiencing it.  It’s even more dimensional and you can see textures of the fish scales and porous crevasses of the coral.  Is the same scene, yet you’ve experienced it at or just below the surface level and again at depth, literally surround by it.  One experience is observing and looking at it and the other is being in it, actually experiencing it in space. This is a pretty good analogy of the difference between the DMS-700 and the DMS-800PV.  While they have the same sonic signature, the DMS-800 unfolds the music before you to immerse you in it complete with all the natural texture and expression of the actual performance, space, instrumentation, and vocals.  A truer experience of musical wonder.

Now with the DMS-650, DMS-700, DMS-800PV family range of network streaming DACs, there is surely one to fit your budget and level of audio system, all with very similar sonic characteristics that make the Cary Audio DMS platform the one to beat!

⇐ 30 years at the helm
Dave’s cave (customer system) ⇒
© 2023 Cary Audio Europe
Powered by UnitedThemes
Manage Cookie Consent
Technologies like cookies (miniscule text files) are used on the web to store and/or access device information. Clicking "Accept" will ensure you get the best experience on our website. Clicking "Deny" may adversely affect certain features and functions. You also have an option to fine-tune cookie preferences.