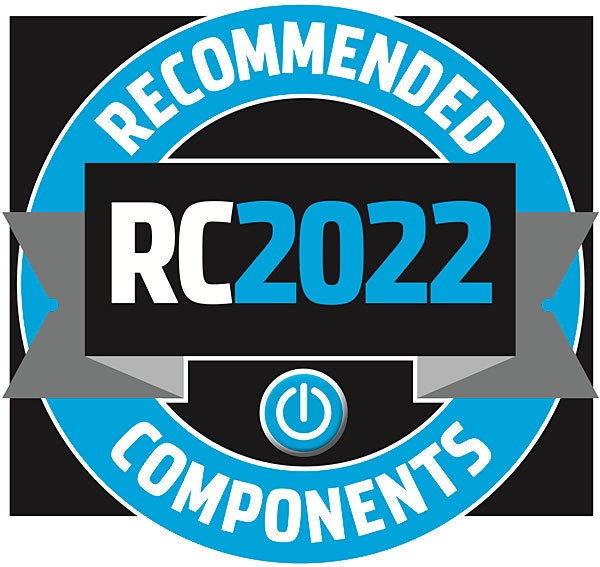 Stereophile magazine’s Recommended Components list is a comprehensive collection of noteworthy high end audio, divided into categories like Digital Players, Pre Amps, Power Amps, Integrated Amps and so on. Competing entries are selected amongst components reviewed in the magazine and have to be available through dealers in the USA presently. Cary Audio products always were one of this magazine’s favourites and the 2022 list is no exception (how very fortunate for us here at Cary Audio EU).

This time our very own CAD-805RS monoblocks graced the Recommended Power Amps and SLI-100 with SLI-80HS were at the pole position at the Tube Integrated Amps race.

Cary Audio CAD-805RS monoblock: €18850/pair
On the cover of the January 1994 Stereophile, the original Cary CAD-805 monoblock—a single-ended triode amp that offered 27Wpc—posed next to a 300Wpc Krell amplifier; above them, a headline fairly taunted: “If either of these amplifiers is RIGHT … the other must be WRONG.” A quarter-century later, that Cary monoblock endures as the CAD-805RS. Now as then, the user can select between a single 845 or 211 output tube: both are supplied, and both deliver 27W in class-A, which is how this amp operates under most conditions. But when more power is required the Cary slips into class-A2, and there the output tubes differ, the 845 delivering up to 50W for short durations, the 211 up to 70W. The CAD-805 offers adjustable global feedback (0–10dB), apparently high voltage gain, and separate output taps for 4, 8, and 16 ohm loads. In his listening observations, AD expressed a preference for the 845 tubes, but noted from both tube types a bass range that was slightly too generous but nonetheless sublime, giving impact and taut tone to timpani and rewarding him with electric-bass lines that were always engaging and never sluggish. Consistent qualities were believably rich timbral colors and textures and spatial performance in which “centrally positioned voices and solo instruments popped forward from the mix … [with] pure, not-unexpected single-ended magic.” Reporting from his test bench, JA noted output impedance that was “relatively low for a single-ended triode amplifier,” yet also confirmed that load-impedance–related modulation of the amp’s frequency response resulted in a low-bass boost. (Vol.42 No.1, also online)

Cary Audio SLI-100: €7000
A push-pull tubed integrated amp that uses two KT150 pentode tubes per side, operating in Ultralinear mode, to output 100Wpc, the SLI-100 provides the user with four line-level inputs, all unbalanced, and a choice of 8 or 4 ohm output taps. The output section is biased for class-AB and employs 4dB of negative feedback. In addition to the four output pentodes, the Cary uses four small-signal tubes—two 6922s, two 6SN7s—and splits the signal phase with a cathodyne (“split-load”) phase inverter, for which HR expressed preference when compared with the more common long-tailed pair/dual-differential stages. Also integral to the design is a voltage-gain stage constructed with shunt-regulated push-pull architecture, also a Herb favorite. This all added up to an amplifier that allowed violinist Joseph Szigeti, playing Bartók, to wring the most “tearjerking presence and texture” from HR’s Harbeth M30.2 loudspeakers. In measuring the SLI-100, JA found “a slight degree of overshoot” in the amp’s squarewave reproduction and, far worse, strikingly less output power/higher distortion…” (Vol.41 No.12, also online)

Cary Audio SLI-80HS: €5500
This most recent version of Cary’s longstanding SLI-80 vacuum tube integrated amplifier—the HS stands for Heritage Series—departs from its forebears with a solid state–rectified power supply and switch-selectable output architectures: Given an 8 ohm load, its KT88 tetrode tubes can generate 40Wpc in triode mode or 80Wpc in Ultralinear mode. The Cary offers three line-level inputs (there is no phono section), switch-selectable 4 ohm and 8 ohm outputs, and a front-mounted headphone jack. KM found the SLI-80HS to be less “syrupy” than Cary amps of yore, describing the new amp as “a truth-teller, with few opinions of its own,” and praised in particular its bottom-end extension. JA’s measurements revealed output power that was less than the manufacturer’s specs. He noted that Ultralinear operation offers “the lowest midrange distortion and the highest power, at the expense of a higher output impedance than triode mode.” (Vol.42 No.11, also online)