Stereonet is a web-based publication produced in two country-specific editions: UK and Australia/New Zealand. Mark Gusew puts the DMS-600 streamer through its paces down under! Well? What could’ve been a stress test comes out as a pleasure test!

Full original review is available on stereonet website. Here we repost most of its key points and some photos.

North Carolina-based Cary Audio has spent over thirty years building an exceptional reputation from its classy vacuum tube amplifiers. It more recently has branched out into digital home theatre products – and now streamers too.

Cary Audio has clearly put a lot of thought into this, and the result is a complete, all-in-one digital playback system that both has a raft of features, and some serious audiophile touches too. The DMS-600 can be connected to an external DAC if you so wish, but for many, this won’t be necessary as it employs a pair of AKM4497EQ VERITA DAC chips which are highly regarded by those in the know. The player produces a true balanced output and can crunch numbers up to 32-bit, 768kHz in PCM mode, or up to DSD512 resolution. Interestingly, the product is MQA certified, and this is said to be optimised specifically for the AKM DACs.

I found the DMS-600 to be a classily finished thing; this full-size unit weighs a not-inconsiderable 10.6kg, so feels as substantial as it looks. Its aluminium feet use a spike and cup to provide a measure of isolation and add to the svelte air of the design. The fascia sports a large colour display screen that shows album art, track details and so on. It’s comprehensive and intuitive, but would be better still, in my opinion, were it a touchscreen. Instead, to control the unit you use the supplied remote or the app that comes in both iOS or Android flavours, or via Roon as an endpoint. It’s easiest to set up via the app; once the unit is connected to your network, logging into your streaming accounts isn’t difficult done this way. The menu is straightforward and easy to navigate. With so many options, it may be wise to consult the excellent 70-page user manual, with its useful setting screenshots. 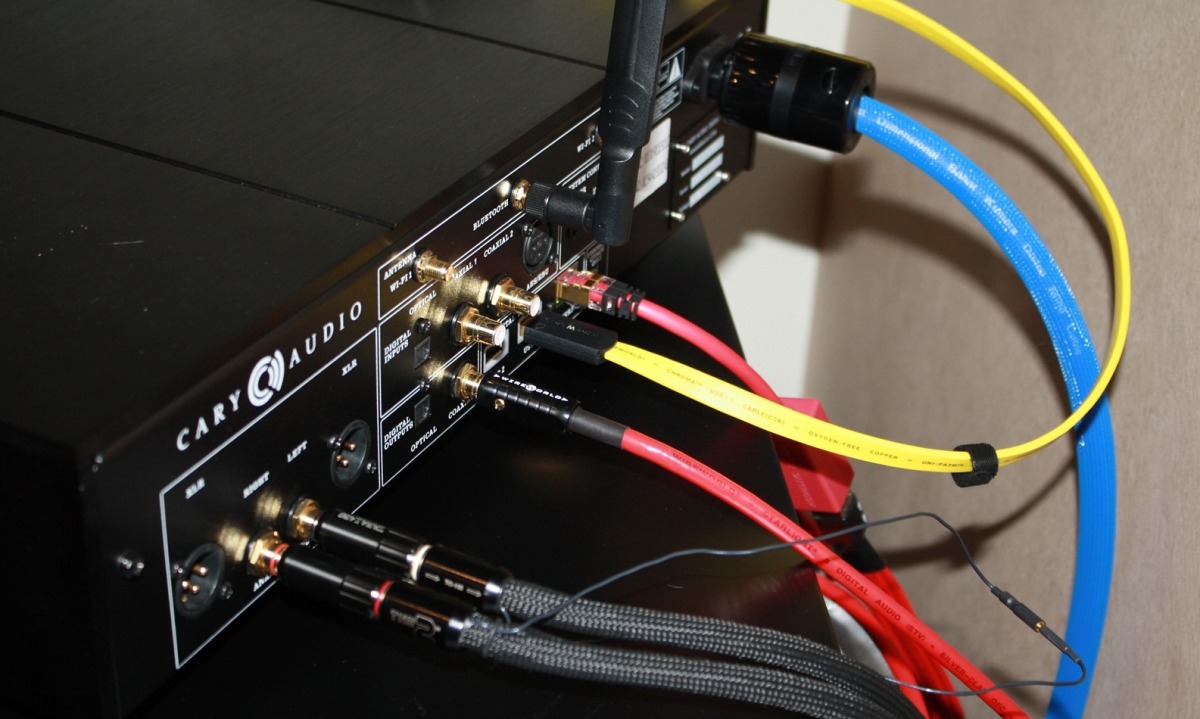 Besides its digital inputs, there are three primary sources of music – network, USB/SD and the internet – and choosing either one of these selects the items that are available in that category. For example, selecting the network option provides the choice for the DMS-600 to play a shared music folder on your laptop or NAS. Choosing ‘internet’ gives you the choice of the streaming provider that you would like to use, and so on. The selections are made quickly and intuitively. All existing playlists and artwork that you have for that provider are shown and operate just as you would expect. 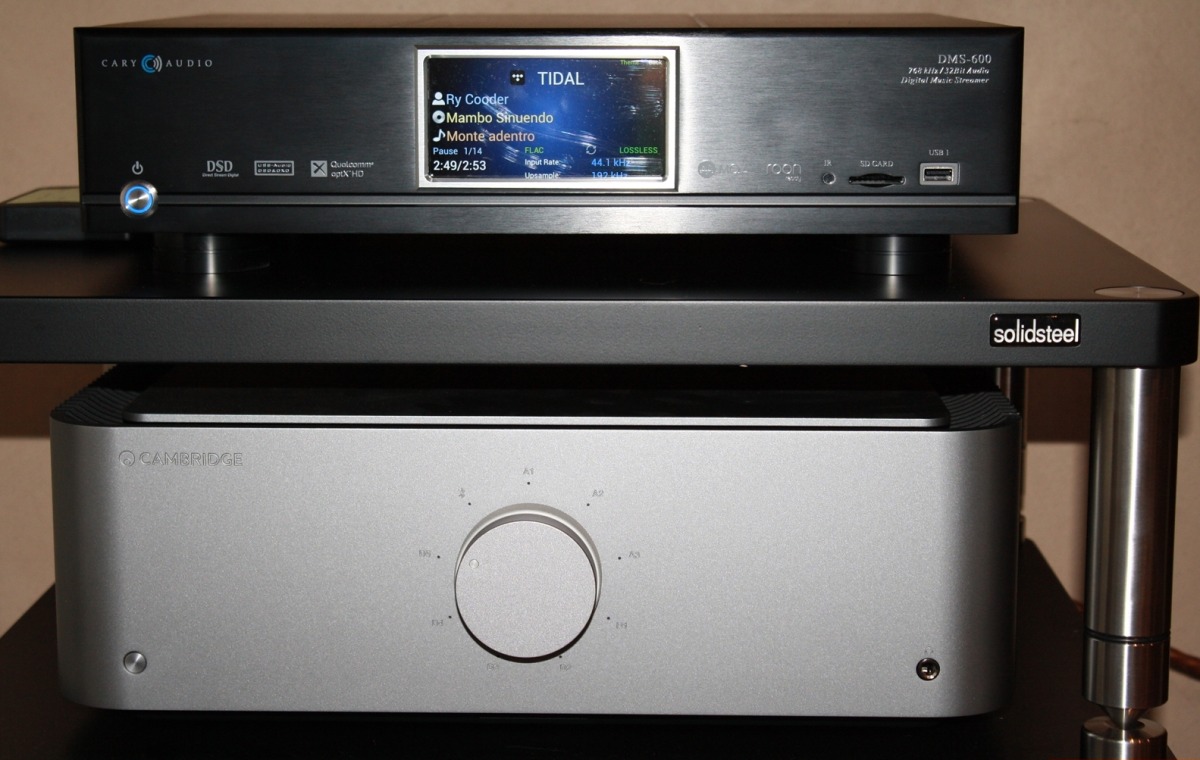 Polished, natural and musical is the best way to describe the sound of this streamer. This is particularly apparent when using the internal DAC and line output into your amplifier, which in my case was a Cambridge Audio Edge A integrated amplifier driving Revel F228Be loudspeakers. For example, I cued up Adam Brand singing Infinity, which starts with a steady beat of the kick drum that’s clean, full and deep. Via the DMS-600 as the source, it was very well balanced – as were vocals and guitar, the latter having a particularly long reverb tail. The bass guitar came over with excellent definition and serious extension, indeed I found that the separation of all the instruments was very good. This is a polished performer, with significant talents and abilities.

Crazy He Calls Me by Linda Ronstadt, Nelson Riddle & His Orchestra is a track with serious dynamic contrasts, and therefore a fine test for digital systems. I’ve heard the vinyl track of this album ‘What’s New’ many times and know its sound well. The whole album was well recorded back in 1993, with the orchestra arranged masterfully – and Linda’s voice is recorded in a relatively uncompressed way. Her vocal track is mostly sung fairly quietly, but in a couple of places she allows us to hear some of her vocal range which can come over as sharp or even annoying at times. Despite this, played through the DMS-600 everything was well contained and never lapsed into harshness. The sound remained smooth and well apportioned, especially the orchestral strings. The saxophone solo can get a bit lively through some digital front ends, but was natural and enjoyable for the duration of the song. Despite this, the player didn’t make the track sound overly sanitised in an attempt to calm down any wayward tonal tendencies. Instead, it preserved all the detail, transparency and dynamics – in short, the Cary has the rare ability to play music without it sounding either bland and whitewashed, or too sharp and forward. The AKM DAC chips have the moniker of ‘Velvet Sound’, and in this case at least, it proved a fitting summary of the player’s character.

Soundstaging is also a key strength of the DMS-600. One of my go-to albums for spatial testing is Ry Cooder & Manuel Galban’s ‘Mambo Sinuendo’. The pair play their guitars along with a mixture of Cuban rhythm and beats. Musically, it may not be to everyone’s taste, but I love it. It feels like the recording was made on a large stage, with piano, drums and other assorted percussion to the rear. This player absolutely nailed it, throwing out a wide and high soundstage that extended beyond the loudspeakers. There was also a lovely sense of space around each of the instruments, and a palpable sense of depth too. The track Monte Adentro started with female voices upfront and close, and then the guitars and percussion kicked in but were kept way back in the mix – just as they should be. 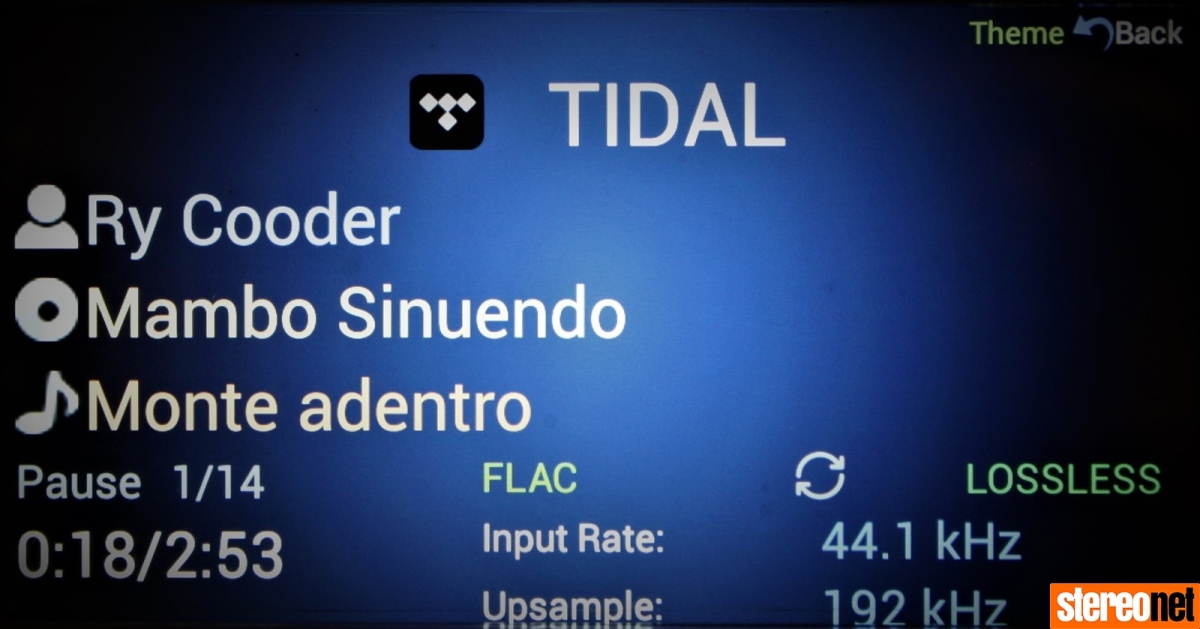 I found this Cary Audio player to have a good sense of the natural flow of music, too. The same track showed just how well implemented the internal DAC stage is on the DMS-600, giving a clear sense of a group of musicians playing with one another and loving it – rather than just going through the motions. Indeed the timing was absolutely spot-on, crisply delineating one beat from the next without slurring things together, and also separating out all the different instruments in a natural way. Everything could be easily distinguished from one another, even on dense sections of the music. This player displayed grace under pressure, proving completely at ease playing whatever I threw at it.

Much of this sonic prowess must be laid at the door of its excellent built-in DAC section, which was easily better than that integrated into my high-end Cambridge Audio amplifier – which itself is none too shabby. Streaming’ Mambo Sinuendo’ from Tidal was a joy, especially when using the unit’s balanced analogue outputs to the amplifier, rather than via unbalanced RCA. I also found the upsampling function a useful feature to have, as it’s possible to convert any PCM file format in real-time to up to 705.5kHz, or DSD files up to DSD 512 – subject to the connection type. It actually worked rather well, providing interesting results – sometimes it wasn’t necessarily better but is certainly interesting to experiment with on cold, rainy nights. 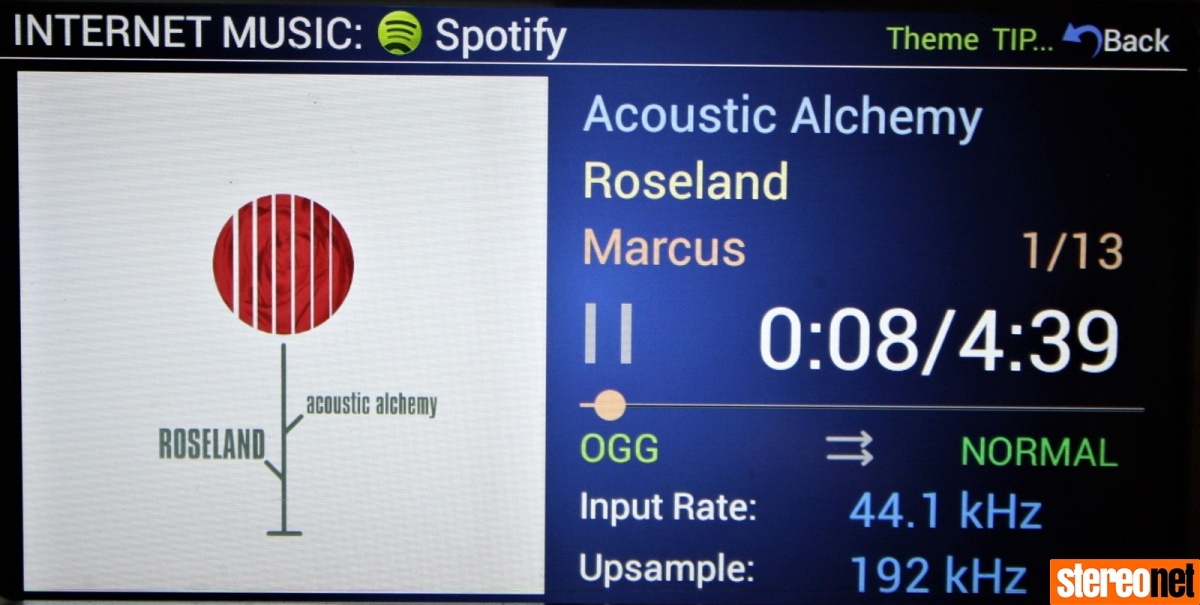 I found Cary Audio’s DMS-600 to be a veritable champion of versatility and sound quality. It’s an all-inclusive network player package with a superb DAC, a wide choice of inputs and outputs, and it plays pretty much everything that anyone will likely ever need. It is an accomplished machine that’s well built, reliable and easy to use. The Cary Audio app is more functional and practical than it is glossy and showy, yet never crashed for me and always allowed the browsing of my music library quickly and easily. Overall, it’s the smooth and enticing sonic character that I will remember from my time spent with this player. Well worth an audition if you’re in the market for a premium one-box streamer. 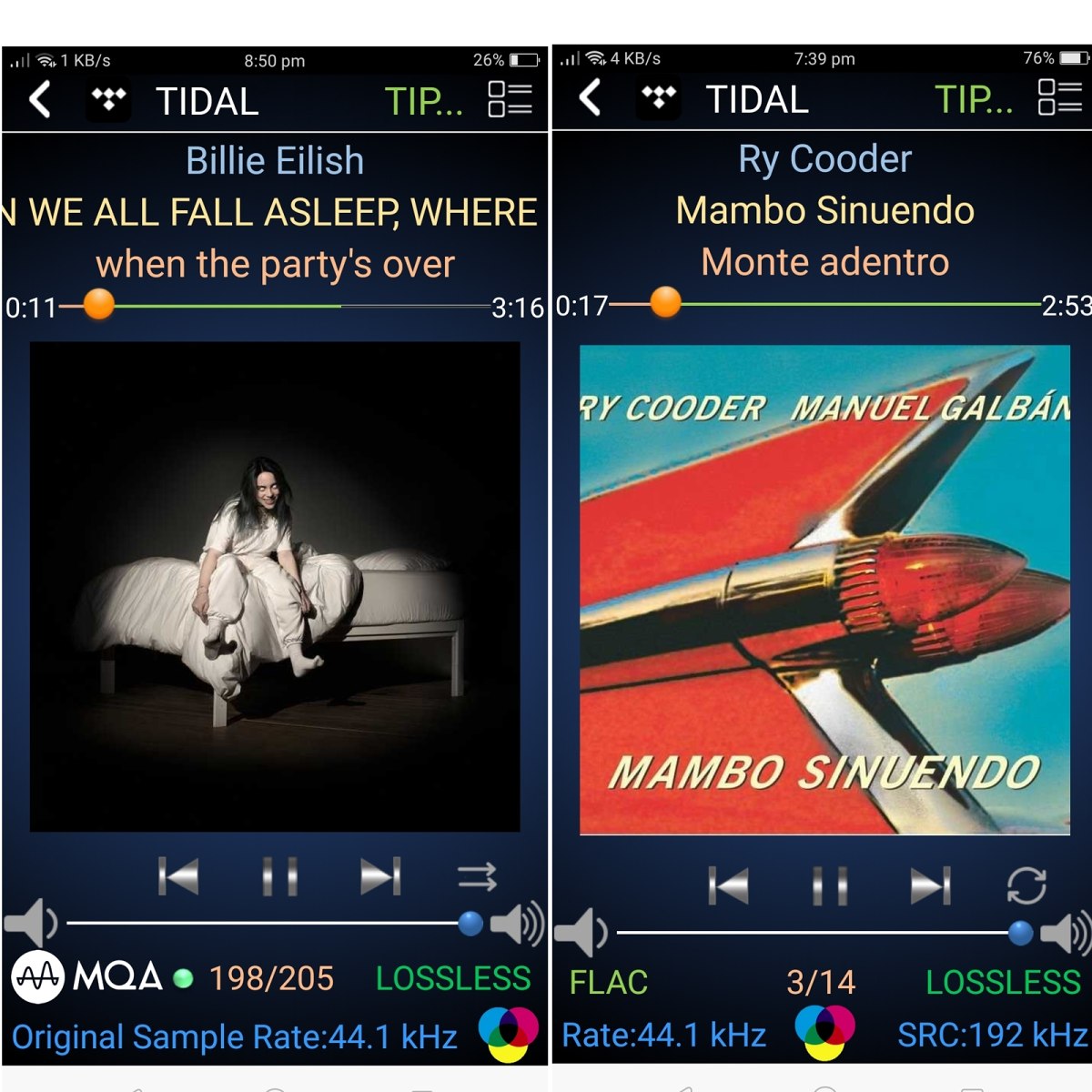 ⇐ A Review of a Customer System in Pasadena, California
Comparison Tool for You: Our Integrated Amps ⇒
© 2021 Cary Audio Europe
Powered by UnitedThemes